Green Island has an amazing history including many 'firsts', such as the world's first underwater observatory and even the first movie theatre located on an island!

Pre-European settlement it is reported that Green Island was used by local aboriginal tribes as fishing grounds, as well as a sacred ceremonial site for manhood initiations.

1770: Lt James Cook sighted Green Island on June 10, 1770. According to tradition, he named the Island after Charles Green the Chief Observer and Astronomer on his ship, the HMS Endeavour.

1857: European colonisation commenced when a sea cucumber smoking station on the Island was founded.

1948: The introduction of the Glass Bottom Boat replaced the old method of floating glass box to view coral.

1960s: Establishment of Marineland. Since 1971, it has operated as Marineland Melanesia, crocodile farm, aquarium and museum.

1961: The Barrier Reef Theatre opened on Green Island – the first movie theatre on an island. It featured the wonderful film work of Noel and Kitty Monkman, some of the early photographers to venture underwater in the 1930s. It was operational until the early 1990s.

1965: The (second) Coral Cay Hotel on Green Island was opened.

1983: The Hayles family pioneered the use of the semi-submersible boat for coral viewing.

2001: Commissioning of desalination plant [producing over 55,000 litres of freshwater daily.] 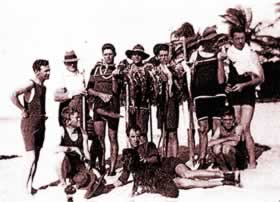 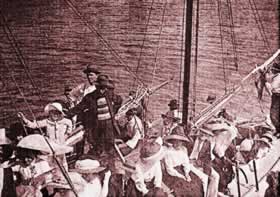